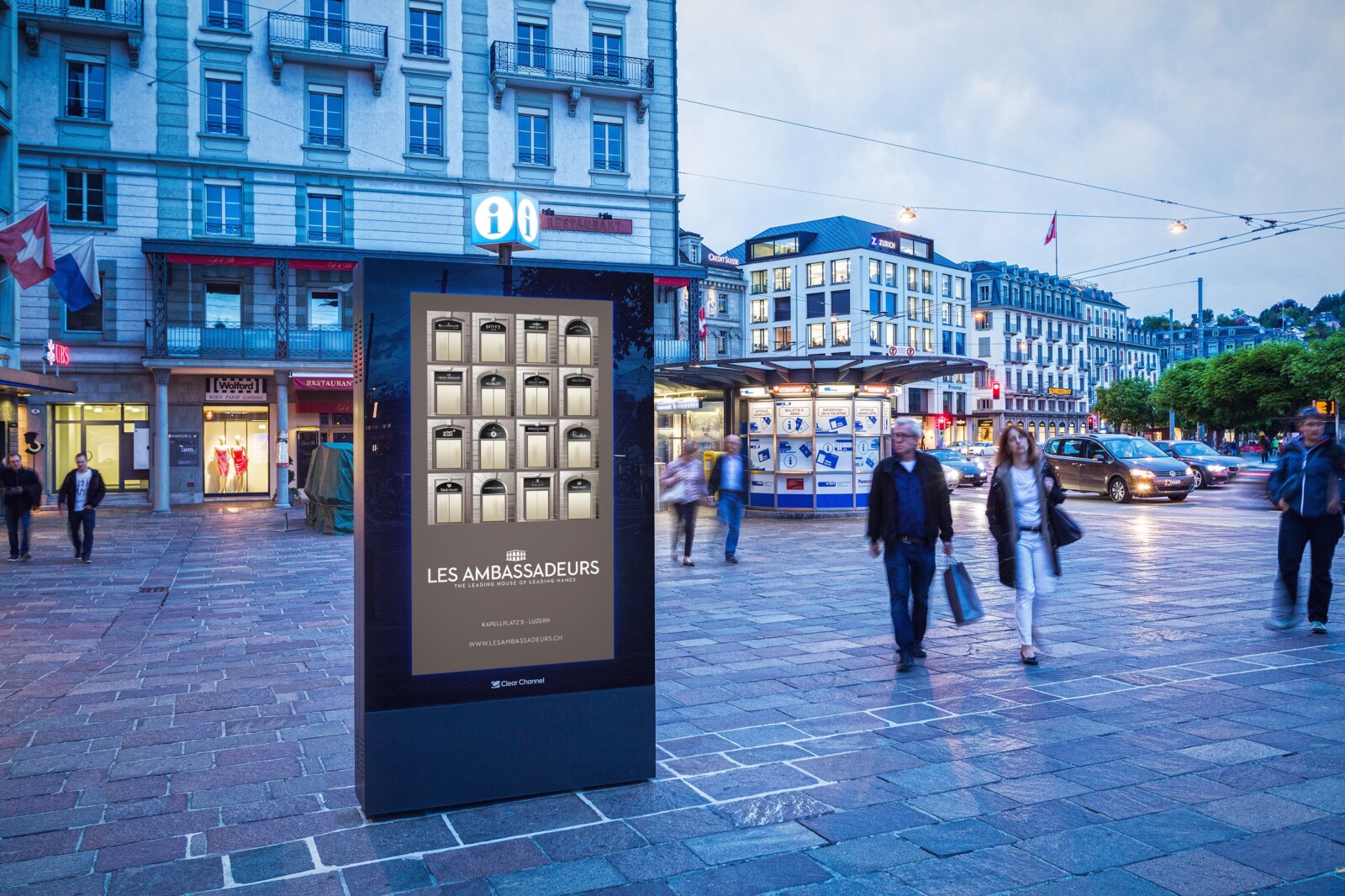 Creating the future of media

Outdoor advertising fascinates thanks to its tradition and its promising future. We see ourselves as a driver of innovation and thinking partner for the successful interaction of location partners, brands and consumers.

Joining the flexibility, creativity & accountability of our medium to deliver our advertisers’ media objectives, whether complementing or competing with other​ media channels.

We embrace our responsibilities in serving our partners, while always going above and beyond to make a positive societal & environmental difference.​

Committed and courageous since 1924..

Behind our billboards and pixels lie decades of knowledge and experience of what makes a campaign a success. We act with enthusiasm, high quality standards and respect for our environment. 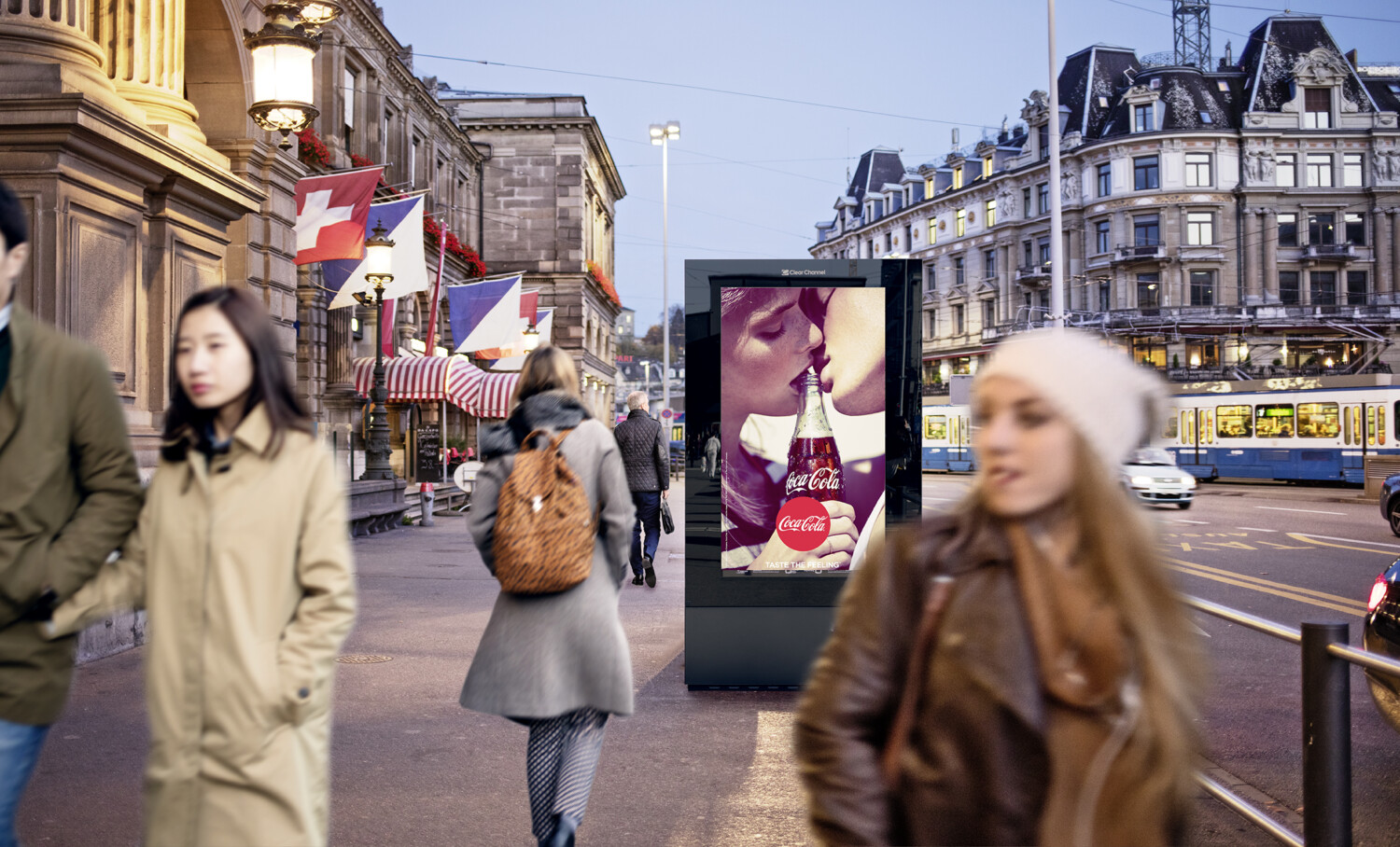 Since 2017: Marked growth nationwide in digital leader position for on-street advertising.
"Talk to us first" when planning national and regional campaigns, but also for combining our digital offers with mobile campaigns or developing smart city concepts for urban centres. 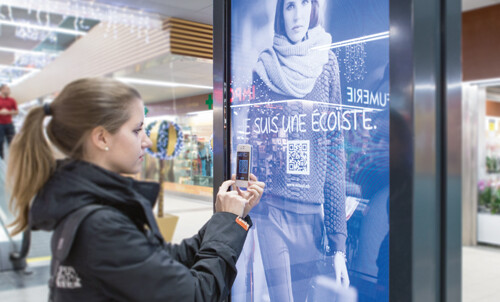 2012 - 2017: First marketable digital offers
These years have see an explosion of different media types and a flood of information thanks to the internet, which people can use at home, at work and on the move. Clear Channel responds by expanding its portfolio, operating under the motto "Tailor-made communication solutions". Opportunities in the field of digital advertising are evaluated with pilot projects before being launched on the market. 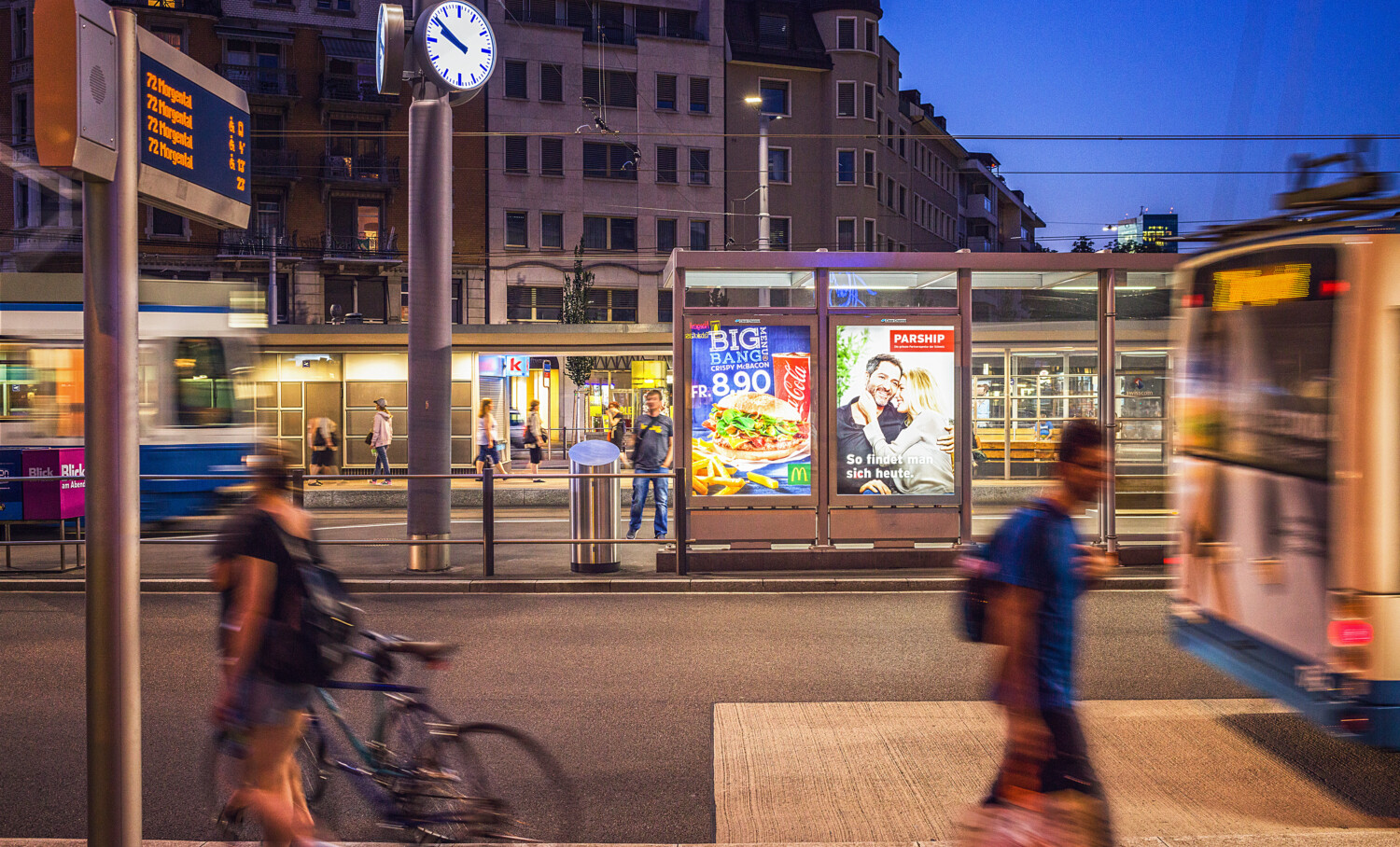 2000 - 2011 Consolidation
Our offers are continually expanded by including carefully selected acquisitions of competitor companies. In the years that follow, numerous Swiss outdoor advertising companies are taken over. 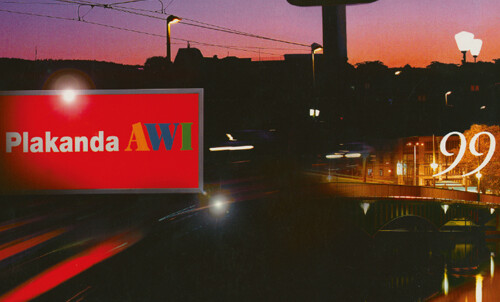 1990 - 1999 Evolution into a media company
Advertising sees growth at an almost inflationary rate. The company focus is on prime sites, maximum occupation rates and strategically planned, continuous growth. Negotiations with the authorities regarding GK92 (the city of Zurich's bill posting plan) are skilfully handled. Plakanda is the second biggest player on the Swiss out-of-home advertising market. 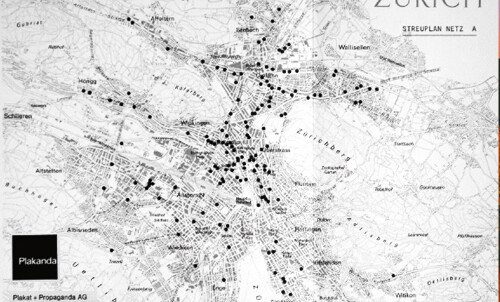 1980 - 1989 From small-scale operator to the company
The 1980s mean the introduction of the fixed advertising budget. Plakat & Propaganda AG adopts an approach that focuses more on custom solutions and a sustainable portfolio, expanding outwards from its centre in Zurich 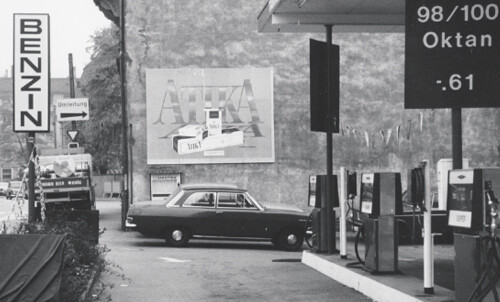 1960 - 1979 Plakat & Propaganda AG breaks the APG monopoly on concessions
The economic recovery (the “Wirtschaftswunder”) combined with increasing internationalization and the shift of emphasis from product information to image advertising, ensure that operators of poster sites enjoy further growth. After 50 years, the right to post advertising in the districts of Zurich finally goes to Plakat & Propaganda AG. 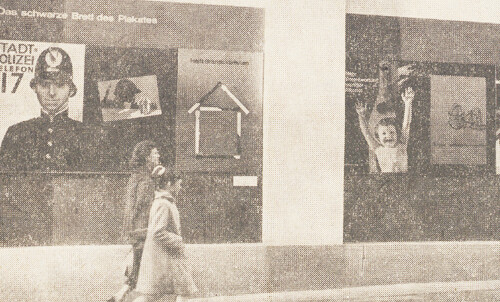 1940 - 1959 The pioneering years
Although manufacturing suffers a major downturn in Switzerland during the war in the 1940s, advertising continues – even if only to inform consumers which products were still around. 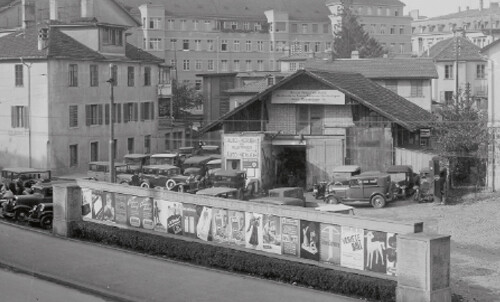 1920 - 1939 The founding years
The company is founded during the Roaring Twenties – a period characterized by the avant-garde movement in art and the emergence of mass production. The poster is quickly becoming the main advertising medium. The company's competitive spirit quickly becomes evident, as it battles for every single billboard site.