The members of the Swiss Outdoor Advertising Association (AWS) are voluntarily contributing to the Federal Council's energy-saving efforts by limiting electricity consumption in outdoor advertising as of 1 October. At the same time, however, the AWS appeals to the authorities to maintain proportionality and, in the event of a power shortage, to refrain from a blanket shutdown of illuminated posters and advertising screens and to prioritise more significant measures.

A power shortage situation refers to a crisis in which Switzerland has too little electricity - for weeks or months at a time. In this situation, OSTRAL (Organisation for Electricity Supply in Extraordinary Situations) proposes that bans and consumption restrictions on energy-intensive and non-absolutely necessary equipment be issued by the Federal Council within the framework of a management ordinance. In a first phase, this could include, among other things, illuminated signs, although the OSTRAL leaves open exactly which forms of illuminated signs are meant.

The members of the Swiss Outdoor Advertising Association (AWS) manage most of the commercial, cultural and political outdoor advertising in Switzerland. They point out that commercial communication on analogue and digital posters is an important component of a functioning economy. If backlit posters and screens had to be switched off, not only SMEs but also the public would be deprived of important communication and information channels at a critical time. Furthermore, a ban would put numerous jobs at risk.

In view of the scope and the effects, it is therefore imperative to maintain the proportionality of the measures. Especially since the energy consumption of a backlit poster (F200L) with 0.029 kWh, an indoor ePanel (85 inch) with 0.312 kWh and an outdoor ePanel (75 inch) with 0.700 kWh is significantly lower than, for example, for video streaming with a TV (65 inch, 4K, fixed network) with a consumption of 1.3 kWh.

However, the association and its largest member companies (APG|SGA, Clear Channel, Horizon, Neo Advertising) would like to make an active contribution to the current efforts to save electricity. They have jointly decided, as part of a temporary self-restriction from 1 October 2022, to take their screens, which are already switched off at night, out of operation for one hour longer throughout Switzerland - in order to significantly reduce their electricity consumption by at least 5 to 7%. In addition, the member companies will implement further company-specific measures as soon as possible to further reduce electricity consumption. 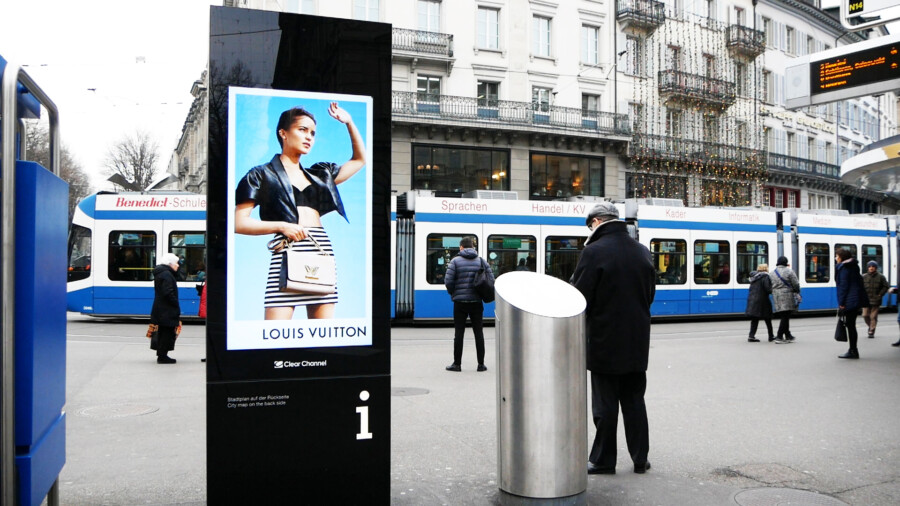 «Who lets the brands out»

Neue Clear Channel Kampagne «Who lets the brands out» 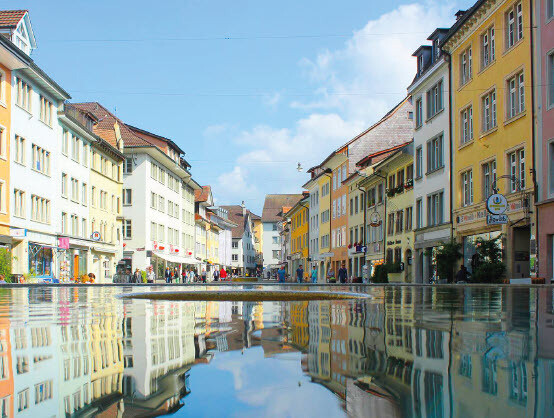 Clear Channel now markets the inventory of the city of Winterthur